Higher education at Aarhus University is divided into undergraduate, graduate and the Options programs. Aarhus University is also composed of many different faculties, which are spread over most of Aarhus. This means that Aarhus is in many ways the "student city" - here is a rich student life and many offers for students.

Rankings, international university rankings, has a central role in the benchmarking of university performance. Rankings provides insight into how university places at different parameters in relation to the world elite. The increased international competition in the university requires documentation of their own relative and absolute performance. Rankings and Performance measurements have a central position in the battle to attract and recruit the best students and researchers. Rankings tell us something about the university's performance in a number of quantitative variables, but should never be left alone in an assessment of a professional area. In order to evaluate an academic field of strength, it is necessary to use include professional experts in the field. Aarhus University has in recent years shown an overall improvement in key international rankings. Times Higher and Shanhai Jiao Tong, the two most influential rankings, ranks Aarhus University in the top 100 in the world. Since there are more than 17,000 universities worldwide, it is obviously rankings Aarhus University is proud of and that gets noticed among international players.

With the architecture cannon

As the Ministry of Culture published its Kulturkanon in 2006, Aarhus University's buildings and park in Aarhus selected as one of Denmark's 12 architectural masterpieces. The university was among others the following words to you: - Aarhus University signaling better times for the city and the country by the construction thirties. The architecture is modern, immediate anti-monumental, as an organic interpretation of the open campus in the middle of the city, and as a significant and robust evidence on how beautiful and a major structure in an urban setting can be developed for more than 70 years.

Aarhus University has a long tradition of cooperation with the most prominent artists. The university houses one of the city's greatest art collections and university yellow walls can, among many others find works by Egill Jacobsen and Jens Birkemose. In 2001, Per Kirkeby performed the imposing ceiling painting in Søauditorierne but also the mural of Preben Hornung 1963 in Hornung room in the Student House stand out in this context. Recently, the New Carlsberg Foundation and Aarhus University elected Erik A. Frandsen to a great decoration exercise conducted in 2009. The framework for this decoration is a newly renovated building that is an extension of the Student House at the corner of Langelandsgade and Fredrik Nielsens Road.

The first chapter of Aarhus University's history began with the inauguration of the "University education in Jutland" in the Technical School's assembly hall on September 11, 1928. The Municipality of Aarhus had a budget of 33,000 kr. Available for the first year, we had rented classrooms in the Technical School and a teaching staff consisting of a professor of philosophy and four readers of Danish, English, German and French. On inauguration day, 64 students registered. During the first semester the total rose to 78. A wide array of citizens from the city's business, organizations and institutions had in 1921 joined together in the organization "University Association, Aarhus", which together with the Municipality of Aarhus, formed the impetus in the fight to have Denmark's second university located in Aarhus. From its inception in 1928 was the University Association to be assigned to attend university board together with representatives of the City Council and a representative of the university teachers. Another important function was to raise funds for the construction of university buildings on the site by the municipality in 1929 for the upcoming University Park. Until the 1940's the Universitybuildings constructed solely for donations. The state financed the majority of the operation starting in 1932. From 1933 began using the name "Aarhus".

Aarhus University functioned as a private institution until 1970, when it became a state institution under the first Government Act. Thus, the University Association and the City Council out of university management. But even as a public institution, the University in close collaboration with the city government, businesses and institutions, the Science Park is a good example. The University Act of 1992, groups outside the university again represented in the leadership. According to the University Act of 2003, universities are governed by a board and rector, deans and department heads must not longer elected but appointed. In January 2004, joined a board that in August 2005 employed a rector. Professor emeritus Jens Chr. Skou received the 1997 Nobel Prize in Chemistry for his discovery of the sodium-potassium pump. In 2003 the number of regular students was 21,948, while the same year were 738 PhD students.

The buildings and the University Park

Aarhus University's buildings are gathered in and around the University Park, which over the years has expanded somewhat. The first building was completed in 1933, was originally designed for the purpose of medical education. It is located on a promontory on the moraine ravine's eastern side and now comprises a portion of the social sciences. With a few modifications, the architectural style in the University Park has been sustained since the architects Kay Fisker, CF Møller and Povl Stegmann in 1931 won the architectural competition. Since 1939, CF Møller Architects responsible for the building. The harmonious balance between the undulating park and the homogeneous buildings a beautiful campus that has achieved international renown. The characteristic yellow-brick buildings in the University Park houses a total floor area of ​​246,000 m2. In addition, disposal of the university over a number of buildings outside the park with a total floor area of ​​59,000 m2. Through three decades Prehistoric Archaeology, Medieval Archaeology and Ethnography have been in the old manor Moesgård south of Aarhus, and since the mid-1970s, a number of humanities been based in Trøjborg complex. Botany and Psychology has until recently been based in Risskov. The former Langeland Barracks have 1998 provided a framework for the aesthetic subjects, and in 1999 the language moved into the Nobel Park newly constructed buildings on the corner of Randersvej and Nordre Ringgade. In 2000 the Faculty of Theology moved out from the main building and into the former Orthopaedic Hospital, and in Åbogade inaugurated the IT park. That same year reopened the former maternity as the Health Sciences Library under the name Victor Albeck Building. In University Park, a new building with five auditoriums commissioned in 2001. The building is decorated by the artist Per Kirkeby.

In 2006, the Business and Technology in Herning (HIH), a part of Aarhus University, and from 2007, the same applies for Aarhus School of Business, Agricultural Sciences, National Environmental Research Institute and the Danish University of Education. Aarhus University these mergers, about 34,000 students and 9,000 medarbejdere.

Bachelor of Engineering in Electronics

Bachelor of Global Management and Manufacturing 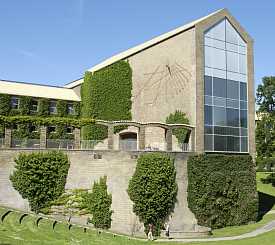 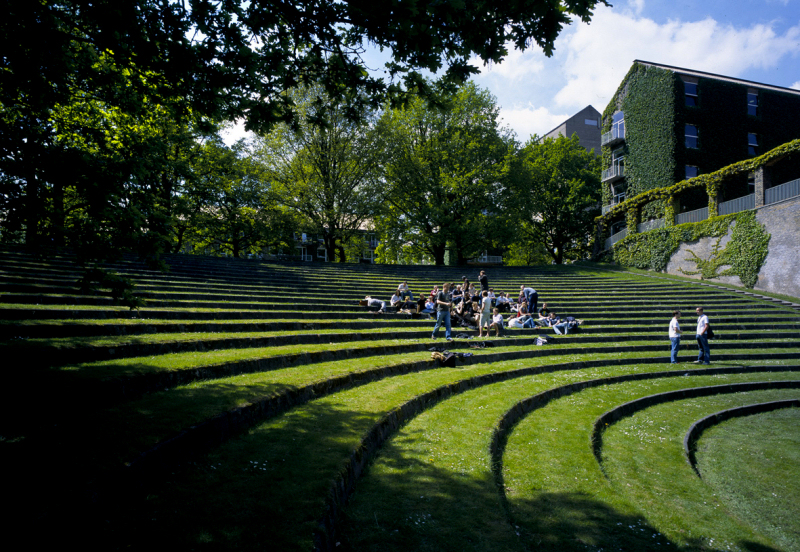 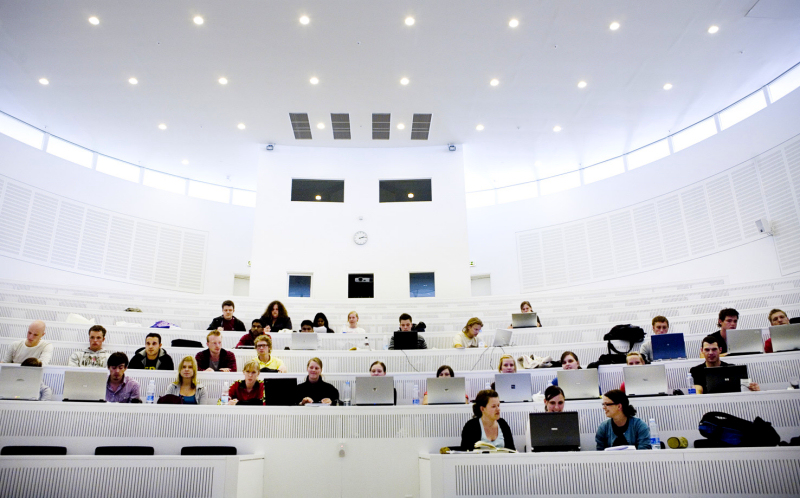 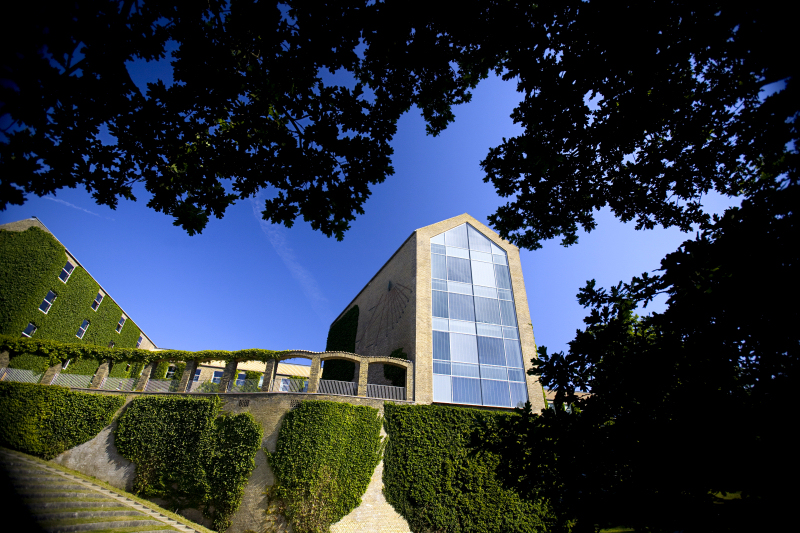