At Dalum Agricultural College we are proud of the school's history and the traditions it is based. It is nothing less than a teaching historical tension. F aktisk is the ideological basic idea behind the school is an important part of the Danish Democracy's historical development. The school's history dates back to the mid 19th century and has roots in the Grundtvig Kold'ske folk high school.

The first years
Dalum College was founded in 1862 by Christen Kold, one of Denmark's most prominent school thinkers. The approach to learning and education built Kold on the principle of "oplivning" before "information". In other words, Kold's ideal, that individual should revive - want, operation and force - before it could be given.

Dalum College was, more than any other school, a model for how future schools should look like. At the opening spoke school 55 students from across the country, and 3 teachers. Four years later, in 1866, the number of students has grown and now spoke with Kold's own words, "70 adults fellows" and "50 adults peasant girls."

Cold drives the high school until his death in 1870, after which the school had to close for a short period. Despite the temporary closure was Kold college due groundwork for what today is Dalum Agricultural College.

On 5 July 1886 reopened farmer Jørgen Petersen school. This time as a genuine agricultural college for rural youth - but still respecting the Grundtvig Kold'ske ideals of enlightenment and democracy. Ideals as we continue to attach great significance today. Thus was Dalum Agricultural College founded.

Throughout the ages, Dalum Agricultural College not only trained senior managers in agriculture. The school has also trained pupils who later reached the kingdom's highest office as prime minister. It's about Thomas Madsen-Mygdal, Knud Kristensen and Erik Eriksen.

Moreover, we also had a visit from a communist dictator from the former Soviet Union. It was during the Cold War in 1964, when Prime Minister and party leader Nikita Khrushchev visited the school a few months before he was deposed.

Corinth Agricultural College also has a past as a college. In 1889 the school was founded in the scenic areas in southwestern Fyn under the name Brahetrolleborg Folkehøjskole.
In 1907 the school was transformed into agricultural college. The first year it was supported by Count Reventlow and farmers in the region until the school could benefit from state aid. It was Poul Fenger, who was Corinth Agriculture School's first principal.
Although the school is rooted in tradition, is the part of the steady development in agriculture and education. The school has successfully integrated horse field in the daily lessons and has thereby built a riding stables and stable facilities for the horses.

A lot has happened in Dalum Agricultural College since Christen Kold and Jørgen Petersen's time. Today Dalum Agricultural College a modern training center that not only educate future farmers but also the agricultural industry executives and innovators. Nevertheless, you can still experience history. Try f. Ex. To go through the school yard encircled by the original old buildings - or step into the old høresal. It has preserved so that it looks like then did a hundred years ago.

Although the school is only three kilometers from the center of Odense you can still experience an oasis of rural idyll and history at Dalum Agricultural College.

"Never finished - but always on the move". That was the founder Jørgen Petersen's motto. The motto lives on and kicking today. For the Dalum Agricultural College we follow constantly in the development of agriculture. Therefore, we are the leading agricultural college in Denmark and we are proud to train skilled and professionally competent Danish as well as foreign farmers.


The merger between Dalum and Corinth Agricultural College in 2003, provided an even stronger foundation for education and training in agriculture.

We characterize agricultural education!
Dalum Agricultural College have historically helped to shape the training of farmers and is today a modern school of historical buildings.


The school is part of Odense's other study and the location close to the center with many cultural offerings provides an additional aspect to the students of the school.


The school's motto, which was the founder Jørgen Petersen's motto is firmly rooted in the history, but also points to the future: "Never finished - but always on the way." 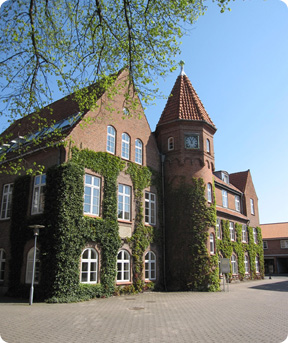 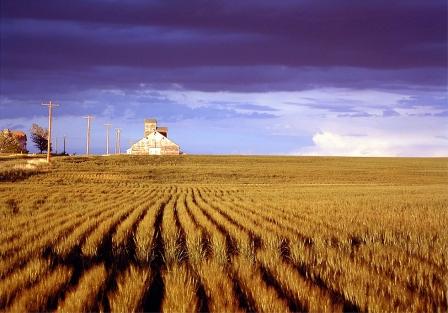