The department store Salling in Aalborg contains virtually everything you may need.

On September 6, 1906 opened Ferdinand Salling one draper in Søndergade 34 in Aarhus. The business was given the same name as the proprietor, "Ferdinand Salling" and was the start of the group of which exist today. The first month traded Ferdinand Salling for Kr. 4202, - and then grew rapidly. By comparison, the entire Group today has sales of the same amount - about 3 seconds. 9 years later - in 1915 - extended Ferdinand Salling its business. He bought a property in Søndergade 27, which had hitherto been bakery and moved his haberdashery for this very large property that lay diagonally across from the old store. In years to come he bought several properties, so as to realize youth's dream of a department store in Aarhus. In 1948, the first stage of the department store Salling opened, and the following year was 3 new sections added to, and the company was transformed into a public limited company under the name: F. Salling A / S. On June 22, 1953 departed Ferdinand Salling sudden death at the age of 73 years. With Ferdinand Salling's death was an era past, and left with the tasks and responsibilities stood his 34 year old son Herman Salling, which would continue the life's work, his father had started. Herman Salling, however, continued in his father's footsteps, and both in 1954 and in 1967 expanded the department store with several exciting departments. In 1960 launched the Herman Salling a new store concept, and the first supermarket store was opened in Guldsmedgade in Aarhus. Herman Salling created a subsidiary called "Jydsk Supermarket" and in the following year opened a chain of supermarket stores. Four years later, there was another extension of the business empire as Herman Salling August 27, 1964 opened the doors to a brand new department store in North Jutland - Salling Aalborg. The same year, Herman Salling in partnership with AP Møller in Copenhagen, and the company name: Jydsk Supermarked A / S was changed to Danish Supermarked A / S. Owner Relations between the two partners were distributed with 50% of the shares of AP Møller and 50% for F. Salling A / S. The extra injection of capital provided more elbow room, and Danish Supermarket Group now includes in addition to the supermarket, also Bilka, AZ, Net and Clothing and Shoes 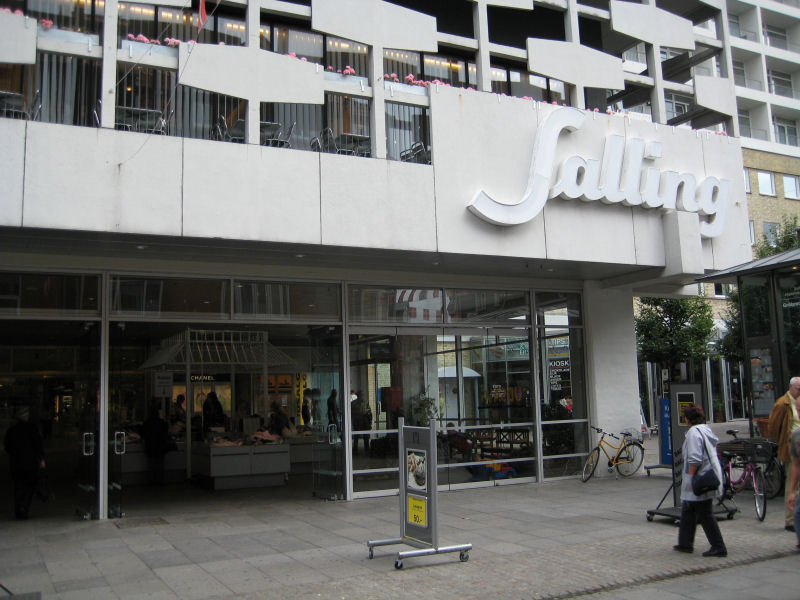