Society of Engineers, IDA is a modern guild and union for engineering and science graduates.

IDA has more than 88,000 members and manages both employees, managers and the self-interests in wages and employment, labor, enterprise, competence, career and education, working environment, technology and research.

IDA has offices in Copenhagen, Odense, Aarhus and Aalborg.

Spirit of IDA
Engineering Association, IDA, is a modern organization for all engineers and others who have an employment or interest terms jointly with engineers. Once, the engineers at home divided into several associations. But in 1995 they merged to IDA.

It was preceded by a long and not always painless process that begins way back in the 1890s, continues through 1930 with disputes about engineering titles culminating with a Supreme Court ruling in 1958.

But the willingness to cooperate was ultimately greater than the desire for conflict. Here is the short story that has done IDA to what the union is today.

The fusion process, which led to the formation of IDA
On 1 January 1995, the Society of Engineers in Denmark, IDA, established by the merger of the two former engineering associations Danish Society of Engineers, DIF, and Engineer-Association, IS. Prior to this merger had gone a long process, from which the main components are described below.

The new IDA began on January 1st 1995, but there was not long before the central parliamentarians agreed on a process that should result in vision and a mission for IDA, and the tasks IDA had to solve in the future. The process was divided into two phases over three years, and led to the formation of a single union with effect from 1 January 2001 - largely in the organizational set-up, which can be viewed on the IDA's website today.

Below is a brief historical overview of the two former engineering associations DIF and IS.

Danish Society of Engineers, DIF
DIF was established in 1892 as an association of graduates with degree from the Polytechnic College. In 1933 introduced the term "engineer" for those candidates with an engineering degree at least 5 years.

In the 1950s there was a shortage of technicians, and to tackle this problem was set up a new "theoretical" engineering education of 3½ years. These engineers were termed "an engineer", and they were busy in the DIF. The first academy engineers were trained in the 1961st

Engineering Association, IS
The basis for the subsequent IS was created in 1895 with the founding of the "Association of Constructing". "Constructor" was a commercial designation and not an educational title. The members were mainly people who had acquired an education over 3 half of the Technical Society's school in Copenhagen.

In 1937, the three associations gathered in "Engineer-Association", IS as a common association for graduates of Teknika.

Cooperation between DIF and IS towards fusion
For many years both cooperation and conflict between the two engineering associations. Way back in the 30s there were disputes about engineering titles, which continued until the Supreme Court handed down a judgment in 1958 that gave IS agreeing that the technical center engineers also use example. designation mechanical engineer.

Later there was more to a greater or lesser degree cooperation in the development of engineering education, including in relation to the establishment of the academy for engineers and upgrading of technical college engineering program. Eventually technical college engineering program adaptedit took into account that a growing number of students were admitted on the basis of a high school diploma and without prior craftsman training.

In 1960, DIF member of FEANI, which was founded a few years earlier by engineering organizations in several European countries. IS also wanted to be included in FEANI, but according FEANI's rules it could only happen if the DIF could approve it and if there was established a Danish FEANI National Committee. The first happened in the 1969th

In the early 70s came more into cooperation between DIF and IS. This led in 1975 to a merger of the two associations' member leaves for the single "The Engineer". Similarly, the Private Sector Joint Committee, PFU, established as a joint committee with its own secretariat, which should take care of bargaining and salary and employment in major private companies where engineers formed business groups - VG. It was especially in the VG-covered part of the private sector, which experienced engineers who went on strike for better pay and employment in the period 1977-1984.

Closer cooperation between DIF and IS also led to the proposed merger of the associations. The proposal came to a vote by the two associations' members in 1976. The IS was 93.6%, which voted for, while in the DIF was only 48.5% that voted for. The DIF should be 60% who said yes to the proposal could be adopted.

In the following years worked IS ahead with an approach to the DIF. In 1978, IS included in the Professional Associations, AC, where IS is the largest single organization. It succeeded in 1981 to upgrade technical college engineering program in FEANI system so technical center engineers who were trained by 1967 was assessed at the same level as academy engineers.

Proposal to merge DIF and IS came up again in mid-80s; this time initiated by the younger members of the two associations. There was prepared a fusion basis in 1987 was sent to advisory vote in DIF and IS. Again there was a large majority for a merger in IS, where 89.4% voted in favor. There was also majority for fusion in DIF, but there were only 58.7% who voted in favor and 35.1% voted against. Against this background, chose DIF once again to postpone the merger work.

It did not make fusion work easier, the DIF in 1984 got a new structure with an independent "Engineer League", IF, and a corresponding self delforening for leading and independent engineers, LING. The basis of this new structure arose from that DIF was involved in a possible conflict in the public sector in 1981 via AC-bargaining and that a number VG'er in the private sector established strikes, all of DIF-members should contribute to pay with an extraordinary strike quotas.

It was probably the engineering, which was decisive for the merger in 1995. In 1992 it had the Ministry of Education reached that three engineering programs were too many, and they presented the proposal to merge the academy for engineers or technical college engineering program. After some negotiations, DIF and IS a common approach on the "one short and one long" engineering degree, and in 1993 the first students admitted to the new "Bachelor of Engineering". It left an open question whether the association should take in the new diploma engineers. It was of course not currently placing foreningstilhøret because the merger came before the first candidates graduated as diploma engineers. 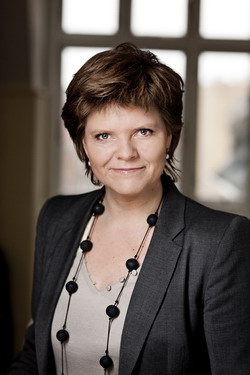