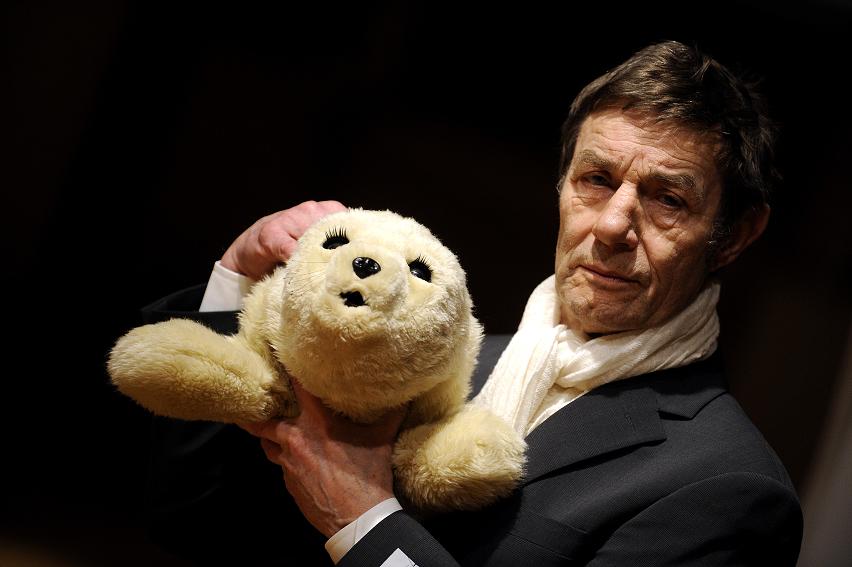 Anatomy of the robot

What does it mean to be human?

D. 18 April 2009, the Centre for Art and Science premiere of the theatrical Anatomy of the Robot in the Theatre House in Odense.

Anatomy of the Robot is about what it means to be human: What is life and what is it that makes us human? In the performance dissected research and emotions, and human existence reflected in the latest knowledge on robotics and artificial life. On stage is a strong actor team of Baard Owe, Jeanette Lindbæk Larsen and Morten Steen says. They are joined by researchers from the University of Southern Denmark - physicists, philosophers and robotics researchers - which contributes to the show with their knowledge and insight. Anatomy of the Robot takes place in the Modern Anatomical Theatre, where research and scientific knowledge dissected and turned upside down. Here we meet the mysterious Thomas Bartholin, who is obsessed with the idea to get to the core of human existence and understand what distinguishes humans from machines and robots. At his side, he researches his colleague Maria Lentz, who has shone in creating doppelganger robot Echo; a replica of a human being. Bartholin is full of admiration for her work, but it turns out that she has not told the whole truth about the making of Echo. Soon it becomes clear that both Maria Lentz and Thomas Bartholin is driven by other and far more personal motives than scientific ambitions. In the Anatomical theater - on the edge between dream and reality, theater and lectures - not all is what it purports to be. The performance is directed by Bent Nørgaard and the decoration is created by Catia Hauberg Engel. The award-winning composer Hans Sydow has created the musical landscape. For manuscript says Michael Valeur. The performance is supported by the Research Council for the Humanities and the European Regional Development Fund. Source: Theatre Momentum