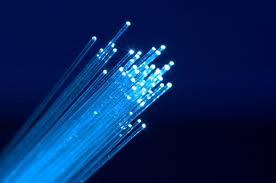 Why did the North Jutland telecommunications companies?

Only a few years ago, companies like Motorola, Texas Instruments and other leading multinational companies in the telecommunications had branches in North Jutland. Everything was excellent and there was talk of the North Jutland version of Silicon Valley. The talk we hear no more, for now they are almost all gone, but why are they actually that? What went wrong? It gives Kristian Hegner Reinau answer in his doctoral thesis.

The thesis is based on interviews with some of the key people in and around the North Jutland telecommunications industry and analysis of more than a thousand newspaper articles on the subject. Why is there no longer a lot of telecommunication companies in North Jutland? It gives Kristian Hegner Reinau answer to in his doctoral the- sis An important reason that it went as it went, in short, was that the engineers and managers in the North Jutland subsidiaries were focused on technology and did not have enough attention the political game within the multinationals. The so often the political game as a nuisance in their work, rather than as an important part of being a department of a multinational company, and it would cost them dearly, says Kristian Hegner Reinau from the Department of Planning. Political games network and positioning relative to other subsidiaries was of great importance, for it was here that the subsidiaries secured their livelihood. Daily life was marked by struggles to attract new jobs and resources to build new skills. New tasks and competencies that could secure the local branches a future within the multinationals. - But to focus on politics and positioning, however, was far from what the North Jutland engineers and managers so as important in their work. They would rather dedicate itself to developing tomorrow's technology in laboratories rather than spend time in the meeting rooms, where the battle for positions in multinational companies took place. Therefore they were not convinced others in the companies in what they could, and why they were important, and it helped that it was the North Jutland subsidiaries that were shut down first, when to save, says Kristian Hegner Reinau.

Company closures have been painful for Northern Jutland, but there are important lessons to be learned from history.

- In my thesis I have developed a method that can help companies identify their weaknesses, such as lack of focus on political games. This method can also be used by companies today are facing acquisitions or have been taken and by combining such an analysis with the things you can learn from the process, as the North Jutland departments of telecommunication companies was over, companies will get a significantly better opportunity to improve their situation. This increases companies' chances of survival, and that means that jobs can be in Danish hands, says Kristian Hegner Reinau. Source: AAU