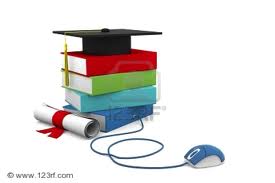 First remove the study of law

SDU offers the country's first remote study in law. It is primarily for athletes and people in Greenland.

University can write another right on the menu, which is intended for students who are unable to daily attend the university to follow the teaching. The new offering is a remote studio in law. It caters to elite athletes, people in Greenland and others who have time-consuming activities alongside their studies and therefore difficult to get to classes in Odense. The idea is so that they take education as distance learning on the Internet. University since 2007 - in addition to bachelor and master's degree in law -udbudt a five-year Bachelor's degree in law as continuing education part-time - with lessons on Saturdays. There are recorded 60-70 students in part-time training under Open University every year. The new distance learning becomes a part of the existing part-time education in law.

The Southern Elite, as with a donation of 150,000 crowns from Fionia Fund, has helped to develop the project. After the plans have legal training as distance learning premiere this summer. It will be the first of its kind in Denmark.

Julie Berthelsen received the check with her boyfriend

The singer Julie Berthelsen and her girlfriend, handball player Minik Dahl Hoegh, received the check on behalf of the Southern Elite. - As Greenlander with a handball-playing boyfriend I'm obviously elated that Fionia Fund's Board of Directors has decided to help make it possible for both elite athletes and people in Greenland to take a law degree, says Julie Berthelsen. Both Julie and Minik studying at the University of Southern beside their work. Julie is studying International Business Communication in English and media, and Minik studying HA - Entrepreneurship and innovation in Kolding. They therefore know both how demanding it is to combine a common study of a career.

Already offers University special conditions for elite athletes who wish to study at the University of Southern Denmark. This is done through Southern Elite, and about 150 athletes in the scheme. Read more about Southern Elite here. Source: SDU