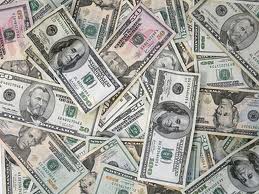 The budget proposal reflects a continued high priority to education. The Government has allocated 2.6 billion kroner more to education in 2012 compared to the year before.

Never before have so many young people have been enrolled in training now. In the budget proposal for 2012 has been allocated a total of 53 billion to education in 2012. Of this, 19 billion for youth training, 6 billion for higher education, and 18 billion for loans and grants and other support. The remaining funds are allocated for primary and independent schools, adult education and training, youth education beyond the 95 percent target and administration. Education is high on young people's wish list, and is expected to continue to increase the number of pupils and students at both secondary and higher education. The Government has allocated therefore also in 2012 more money for education to ensure world-class education. Overall, given that approximately one billion crowns more for secondary and higher education in 2012 than the year before and 1.3 billion more for SU. In addition, funds have been allocated to IT in schools and at government primary school initiative. Education Minister Troels Lund Poulsen says: "I am glad that more and more young people choose to get an education. Education is an important cornerstone in relation to future-proof the Danish society. Therefore, the government decided to maintain an ambitious education policy with more funding for youth education and higher education. "As a result of the increased activity and the expiry of the one-year disposition restrictions in 2011, with the budget proposal for 2012 added approximately 670 million kroner to secondary education. This corresponds to an increase of more than four percent of the activity-related grants. The Higher Education Ministry of Education providing additional approximately 385 million kroner to taximeter compared to 2011. This is equivalent to the Academy programs, an increase of approximately five percent and for professional education, an increase of about ten percent. Furthermore, added 1.3 billion kroner for SU to support the growing educational activity. Finance must be discussed with the parliamentary parties in the autumn, where the Minister of Education also expects to discuss elementary school and SU with the relevant settlement parties. Source: Ministry of Education