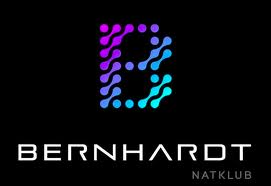 The coolest party in Aarhus?

MTV crew filmed the happy guests who partied, then raised the roof. DJ fired up the dance floor, and Bernhardt in Aarhus had pulled out all the stops to impress the jury and Aarhus' festive guests to win the four categories "This year's hostess", "Year Dj", "Year Bartender" and "Year Celebrations "under Smirnoff Club Awards 2012.

"Bernhardt did really well in trying to win the four categories," says an enthusiastic Natashia Svendsen from Smirnoff, "Bernhardt had provided an impressive set-up and the atmosphere was fantastic.

Follow the vote on Facebook, where nightclubs throughout Denmark compete to win "This year's Fest" in Smirnoff Club Awards 2012 at www.facebook.com/SmirnoffDenmark.