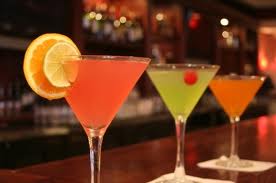 DIAGEO Reserve World Class in Denmark for the first time

Diageo Reserve World Class is considered the highest-profile competition of its kind in the bartender environment. The program lasts one year and is helping to lift the bartender's level by challenging their tastes understanding, develop their creative abilities and raise their awareness of exclusive spirits.

The Danish final will take place on 17 April and spanning a full day combined masterclass and competition where bartenders will receive training from some of the best bartenders in the world in cocktail trends, flavor combinations and exclusive liquor varieties.

Participants judged on their creativity, technique and ability to taste together cocktails. The three most talented bartenders moving on to the Western European semi-final in London on 29 and 30 May, when they have to fight for a place in the final in Rio de Janeiro in July 2012.

Salvaratore Calabrese - world famous industry expert and one of the world's best bartenders. Salvatore has received numerous awards for his contribution to the industry, including Spirits Personality of the Year in 2009 and Class Awards 2011 - Outstanding Achievement to the Industry.

Andy Pearsson - described as the drinks industry's Jamie Oliver with many great prices on its summary. Andy Pearsson is named one of the 100 most important personalities in the development of bar industry in London. "World Class is a unique opportunity for Denmark's talented bartenders.

It is not an impossible dream when you see the level of the nominees bartenders who have qualified for the national World Class Finals. It will be a very exciting process, and I am incredibly proud to be selected for a panel with such renowned international names, "says Tim Vollerslev, wine expert and sommelier.