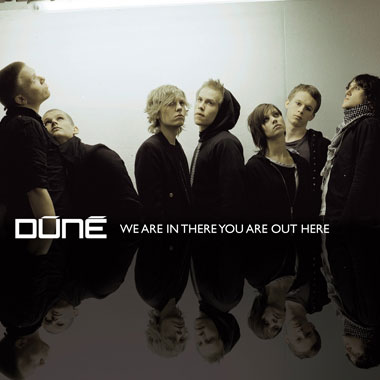 Dune and "Stages- A film about the band Dune"

Friday, November 20 at. 19 gives you the opportunity to experience the band Dune and their film "Stages- A film about the band Dune" in student house in Aalborg.

The Danish band Dune, which gradually have enjoyed great popularity all over the country, rather than to bring a common support band chosen to show the audience the documentary "Stages- A film about the band Dune". Stages is a film that honestly tell the story am band Dune and their seven band members. The film has become, over two years where Uffe Truust have followed the band on their way from Los Angeles to Tokyo, and not least in several European countries. Not least, the film provides a picture of the band outside the limelight of the various members and their relationship to each other. The film Stages are actually produced for the cinema but will be shown before all Dunes concerts in Denmark Enter Metropolis tour. So this evening the audience with ticket Dunes concert get a chance to look behind the scenes and see what the band and the members really stands for and what they must go through. The film will start at. 19, and the concert will start at. 21. The tickets cost 175 kr. And can be purchased at Gaffa Ticket .