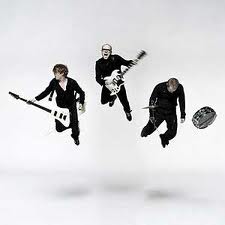 On November 1, 2010, the date when Carpark North took stock and released best-of album, "Best Days (Greatest & Live) " - an album that struck a thick line under Carpark North's status as one of the most popular bands Over the past 10 years. Friday, March 11 you can 21:00 to the kr. 170, - + any. Fee experience Carpark North in student house in Aalborg .

Carpark North's 4th release will in addition to a collection of the band's biggest hits include live footage from this year's Green Concert, 4 remakes and 2 brand new songs. One of the two new tracks. "Burn It", can already be heard daily on P3 and www.carparknorth.dk With "Burn It" and a long, long string of hits such as "Best Day", "Human", "Save Me", We Shall Be Grateful "and" Transparent & Glass Like "in the luggage announces Carpark North now a major Danish tour to commemorate the event. Carpark North are known for their high-energetic and engaging live shows, which time and again has excited the Danish concert goers - most recently when they stood on the poster of this year's Green Concert as one of the summer's headliners. With as support for all the concerts, has Carpark North Aarhus Marvel Hill. Carpark North Web - carparknorth.dk Marvel Hill Web - myspace.com/marvelhillmusic Source: studenterhuset.dk