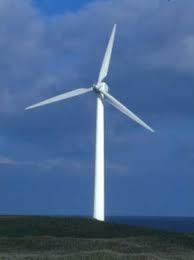 New research results with significance for efficiency and reliability in tomorrow's mega wind turbines and wind farms are now being presented to professionals in the energy industry of Aalborg University and wind turbine giant Vestas' joint research program.

The research collaboration between Vestas and AAU include provided new knowledge about how giant wind turbines at sea can best be connected to the existing power grid. The results derived from the many PhD projects that the five-year venture named Vestas Power Programme has made possible, since the parties in 2007 agreed to channel 40 million kroner into research collaboration. - It is now that the program is really starting to show some results. Three PhD projects have just been completed and a further four are well underway and is within one year of being finished. The yield is new knowledge in key areas, and Vestas will have a great opportunity to use the new technologies in specific products, said Professor Remus Teodorescu from the Department of Energy, which is in charge of Aalborg University's commitment to cooperation. Knowledge develops Vestas' solutions Vestas Power Programme is the largest and most comprehensive research partnership ever made between a wind turbine producer and a university. That cooperation now lead to concrete results is valuable for Vestas. - We look forward to reaping the benefits of Vestas Power Programme. We were ambitious when we gambled on cooperation with Aalborg University, and we are ambitious in relation to the impact the project will have on the further development of our solutions. In the coming years, Vestas example. bet on very large turbines for marine aquaculture. The first research gives us new knowledge about how we can connect huge wind turbines which are far out at sea, to the existing power grid, says chief specialist Philip Carne Kjær, who is Vestas' project in cooperation with Aalborg University. The research results will be presented at an international symposium with over 100 participants from several universities, Vestas and other energy industry. Guests will hear about progress in all the main areas which Vestas Power Programme dealing with. For example, will be presented ideas on how new converter technology can best be used to connect remote giant wind turbines to the existing electricity network, while other results tackles the challenge of making energy from wind turbines as flexible use of energy from traditional power stations with generators.

Part of the research in tomorrow's mega wind turbines and electricity is inherently based on assumptions and laboratory work. To qualify the work and make future research in the field as good as possible, there is also focused on developing new and better models. Professor Remus Teodorescu: - It is now that the program really starts to show some resultater.- One of the projects provides much better position to research the giant wind farms in the future, because it has developed a realistic model for the entire grid. The model can be used to show how it affects the network when you connect a large wind farm, says AAU Professor Remus Teodorescu. Another project looks at troubleshooting systems with many connected wind turbines, and others revolves according to the professor about the possibilities for storing energy from wind turbines, so delivery from them more flexible and less weather-dependent: - For example, we have made a lot of reliability testing on special lithium-ion batteries to assess their lifetime if they are used for storage. A wind turbine should run for many years and be very reliable, and the same should apply to batteries, says energy professor. The symposium in Aalborg is supported by the international engineering association IEEE's department for power electronics, Power Electronics Society. Source: AAU